Once again the NHMQG decided to do the Charity Challenge using Robert Kaufman's Kona as our color palette.  The committee decided to use shades of blue, yellow, silver and white to meet the requirements. 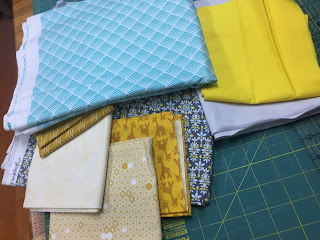 The co-chairs met and decided to use some sort of stars in their quilt. With no real game plan on how to use these stars, they handed out packets at the meeting. Members of their guild were to take a sample of 2 shades and complete a star or 2. They were asked make either 3” or 6” stars using the colors on their card. They could use any color from that palette the only requirement was to use the white, grey, or yellow solid as their background. 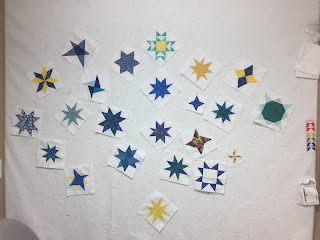 Once we received the stars back we had a group sew-in with members from the guild. 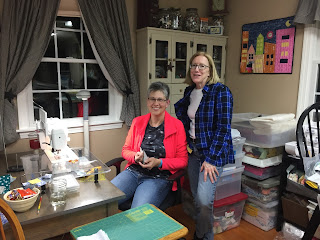 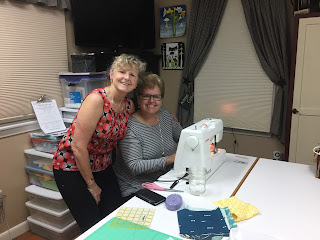 A game plan was established! Yellow fabric was donated from members of the guild which was cut and sewn back together to create a “scrappy looking” made fabric. We used this made fabric to make a large scale star.
We then used a design wall to scatter the stars for placement in the large pieces of fabric to be used for the bursts.
After a bit of trial and error it was determined to make non uniform star points. We started with the large star and bottom burst. We continued breaking down the quilt into large sections, working our way up and around the quilt. 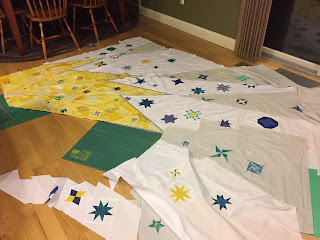 As we laid our finished quilt top on a flat surface, we found the *made fabric caused a pucker.(*made fabric has an excessive amount of bias in play)  After consulting our long arm quilter it was determined she could work out the excess in the quilting process.
Off to the quilter it went! Lisa from Garden Gate Quilting, Amherst, NH worked her magic. The puckers disappeared as she used a variety of quilting designs to enhance the quilt. Once the quilt was returned, blocking was completed and binding added. Let us present  “Supernova”, NHMQG entry into Quilt Con 2017. 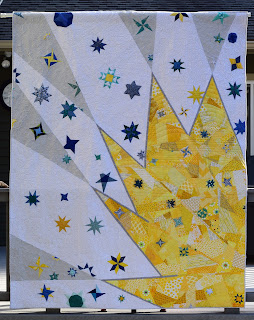 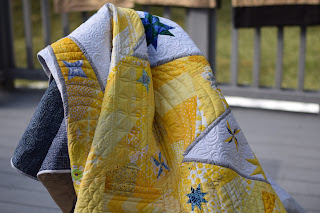 Welcome to the New Hampshire Modern Quilt Guild! We are an affiliate of the MGQ located in southern NH. Join us as we share what's happening in the guild. Check out the membership tab for more information about joining and the events tab for meeting times.